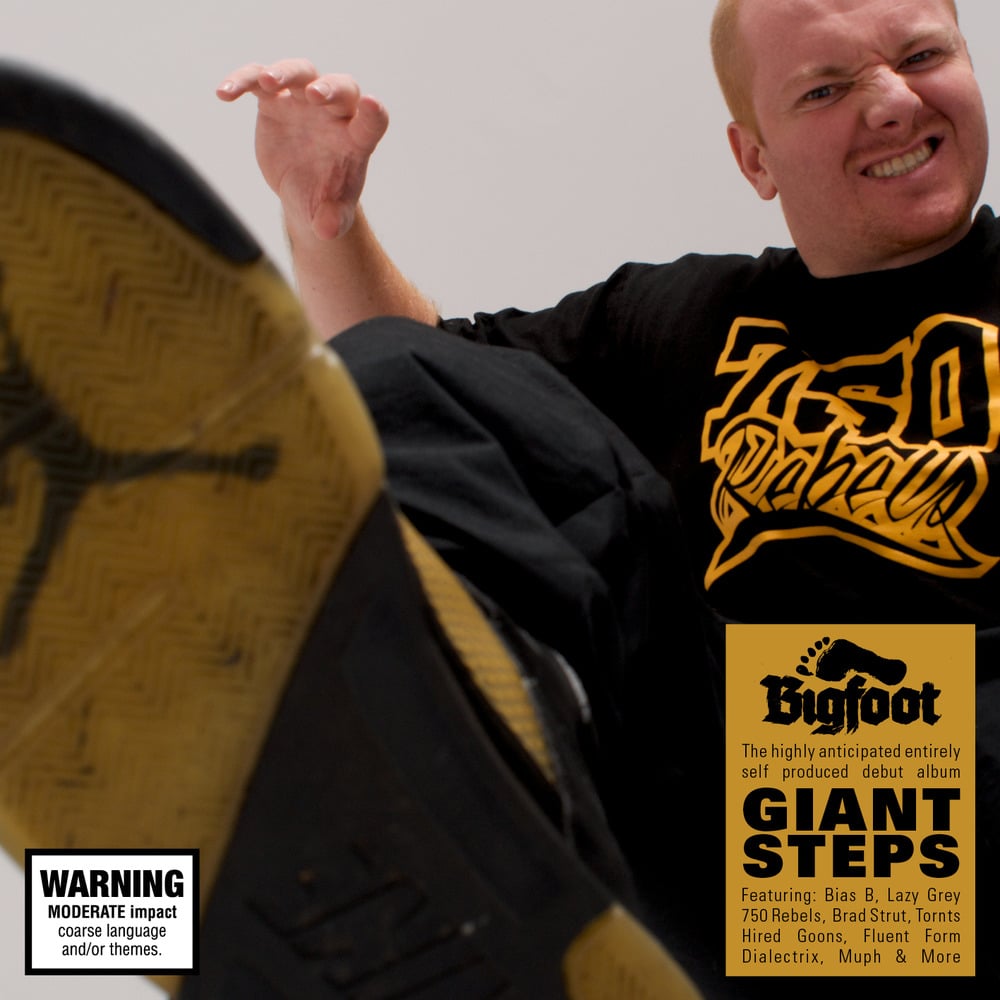 "Giant Steps" is what the fiends have been waiting for. It marks Bigfoot's emergence from the underground into the upper echelon of Australian Hip-Hop, and years spent building his strength as an MC and producer have paid off with this stunning debut. Produced entirely by Bigfoot himself along with Hired Goons accomplice Heata, and Blazing cuts provided by The Master & DJ Lopsided. Giant Steps is a sonically diverse opus constructed from all manner of eclectic sounds, ranging from dirty funk samples and jazz infused live guitars, to ghostly synths, monstrous bass lines and hard hitting drums.

Opener "Stepped on" is a driving electro-fuzz stampede laced with an unrelenting verbal tirade that harks back to Bigfoot's days spent on the battle circuit, while "What Goes Around" and "Stop" are mercilessly dramatic street stories. "Can I Kick It?" is an energetic workout that sees Bigfoot teamed with Bias B for some tongue in cheek verbal sparring, with Bias also trading rapid fire verses over "Burnin' Hot".

One minute your hearing the smooth fusion of Bigfoot and Dialectrix on “We Got That”, the next, it's Bigfoot and his Hired Goons crew letting loose on “Hell’s Gates”, with Tornts, Fletchrock, Billy Bunks, Gargoyle and Ciecmate all proving their prowess! “Sucker M.C.’s” finds Bigfoot and the 750 Rebels paying homage to their influences over a spine chilling banger, and “Round & Round” takes us on a bleakly introspective journey with Muph and Miss Brown. Rounded out with additional appearances by Brad Strut, Fluent Form and Brothers Stoney. Bigfoot doesn't just live up to expectations, he stomps them!!

Just send us a message if you want it autographed....
FREE POSTAGE!!!!!