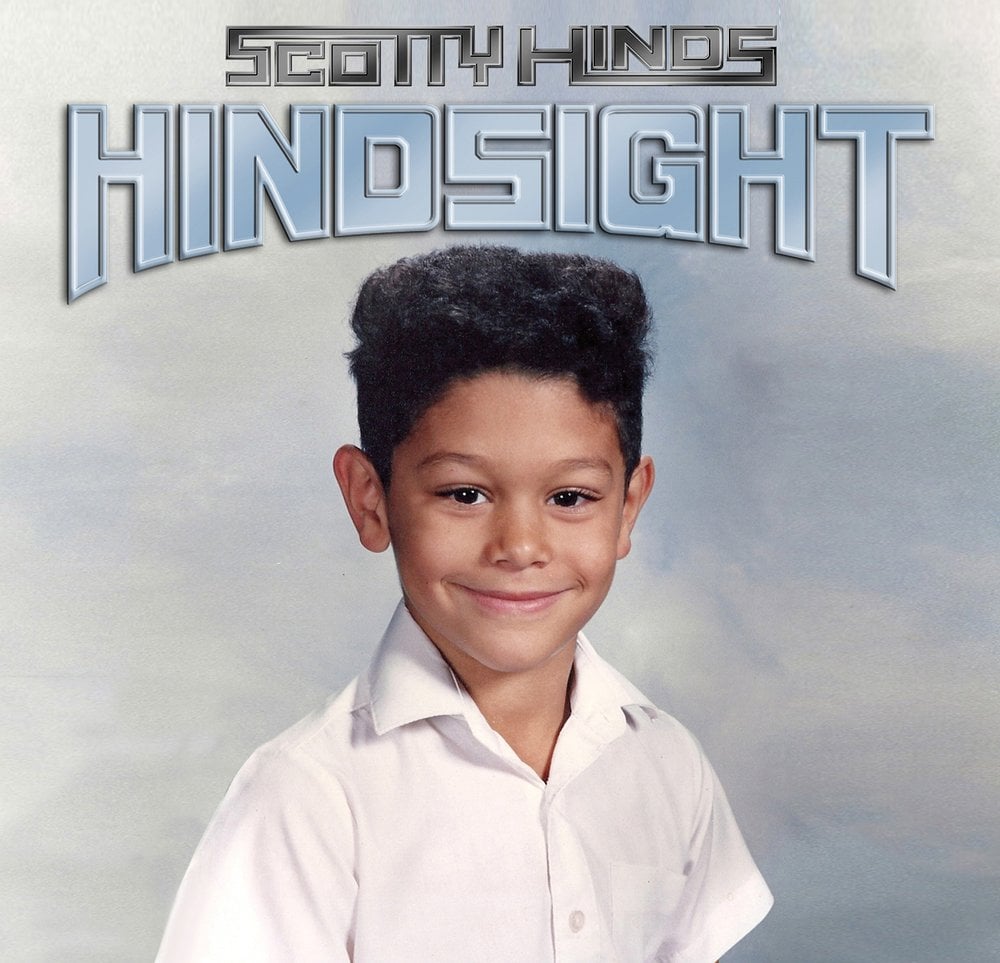 HINDSIGHT is the first official solo album from SCOTTY HINDS, an artist who is multi faceted , well versed & pro-lific in his craft. Known for his impressive radio appearences & grime shows all across Australia, he is one third of the UK rap crew NINE HIGH (Byron, Fraksha & Scotty Hinds) & one quarter of the Melbourne Grime dons, SMASH BROTHERS (Diem, Fraksha, Murky & Scotty Hinds)
Since releasing the NINE HIGH album followed by 2 solo mixtapes, Scotty joined the BTE family & teamed up with YOUTHFUL IMPANTS to release the EDM infused Carnival Music EP in 2014, Scotty has been steadily working on writing the material for HINDSIGHT & he has blessed this project with work kept at his highest level of skill & quality
Originally there were 22 songs written & recorded, but after the final cut only 12 songs made the album.
The production for HINDSIGHT was a worldwide affair that took 3 years of sifting through catalog’s for the most per-fectly suitable instrumentals picked from South America to England to Australia (Cam Bluff, Dj Rogue, Kharniclassix, Megatroid, Mizari, M-phazes)Realizm, Regulus & Sinks) all putting in solid work to make this album a musical inter-pretation of Scotty’s life as a whole thus far.
HINDSIGHT is the summary of 20 years of reflecting on the way Scotty sees things.
From the opening line of the first song, Appreciate “I’m thankful for having all my fingers and toes.”
All the way through to the last line of the final track, Final Words “Fulfilled and content when I leave”
The project also comes complete with a wide range of HD videos set to be released over the coming months from STRONGHORN VISUALS, FELIPE DOMINGUEZ & CIECMATE.
HINDSIGHT is a journey into SCOTTY HINDS’ mindset that he hopes people will absorb & understand.